This was from Abruzzo, up the A14 to Bologna, then the A22 north to Bolzano, where we stayed for the night. Onwards to Innsbruck, then Fernpaß, followed by A7 then A8 via Stuttgart on to Luxembourg through the Eifel region. Two nights in LUX, Covid tests, and then through Belgium and northern France home to London via Eurotunnel.

On the way north we started with an 84% per cent charge and planned charging at Ionity Forli. This worked without a hitch, the 290km distance was easily done, with juice to spare, I charged about 44kWh gross in half an hour. There is a shopping centre where we had a comfort break and a coffee. Due to the usual traffic jam around Faenza - Imola (yeah, ironic), I then took the national road that runs parallel up to Imola and then on to Modena, where we turned on the A22. The options now were an early stop for lunch at Ionity Carpi or push on to Ionity Trento and overnight charge in Bolzano. We went with the first option, adding 42kWh gross at Carpi, with lunch at McDonalds (don't judge) across the parking lot. We got to Bolzano in good time, and after some fighting with the system I managed to use WeCharge to recharge at a Neogy charger near the hotel. This was a mistake though, as the cost was exorbitant at almost 50c/kWh - Ionity Trento would have been a much cheaper option.

The next morning up the Brennerpaß, across the border with Austria. A vignette was bought at the border crossing, and then down the pass to Innsbruck. It all worked well until we got to the Fernpaß, which was an endless traffic jam, all the way up and down. Still, nice landscape. We took a break at Ionity Nassereith, and I smiled at all the stinkpots queuing to refill there, while I was munching a sandwich. We charged 22.5kWh gross and continued on. Once in Germany, the A7 was quite empty at first so I took the car to 104 miles per hour which seems to be the top speed. It handled very well still. I had resolved to recharge at ionity Illertissen so didn't really care about how many kWh I burnt while putting it through its paces. Also great fun to leave the Porsches behind you because they cannot accelerate as fast (they catch up eventually). Before Illertissen we hit traffic and I got off the motorway and went side streets. Once there we charged ca. 30kWh gross. The next leg was shorter, but due to the necessity of working with the Ionity system. ionity Denkendorf Nord was the target, about half done on side roads due to traffic, and we added 24kWh gross there. From then on it had to work to Luxembourg, which is a bit of a treck at 320km. But again this wasn't a problem. We got there with just under 20% to spare, and recharged at a local 11kW charger, just outside the home of the friends we were staying at, using WeCharge. Added 62.5kWh gross in two sessions interrupted by a short trip to the airport, for COVID tests.

After two days we departed, straight north into Belgium, with a 100% charge. We went to Ionity Froyennes Nord, ca. 290km, again no issues. Then on to the Chunnel terminal, where for no particular reason there was quite a jam. We got our desired train though, and once in England confronted the fact that the car believed it was still half-way in the channel for about 15 minutes. I used that time to put in a cheeky 11.35kWh at Ionity Channel Gateway, while trying to figure out what my poison of getting into London was - Dartford or Blackwall Tunnel. We went Dartford in the end, and got home after another long day of driving. 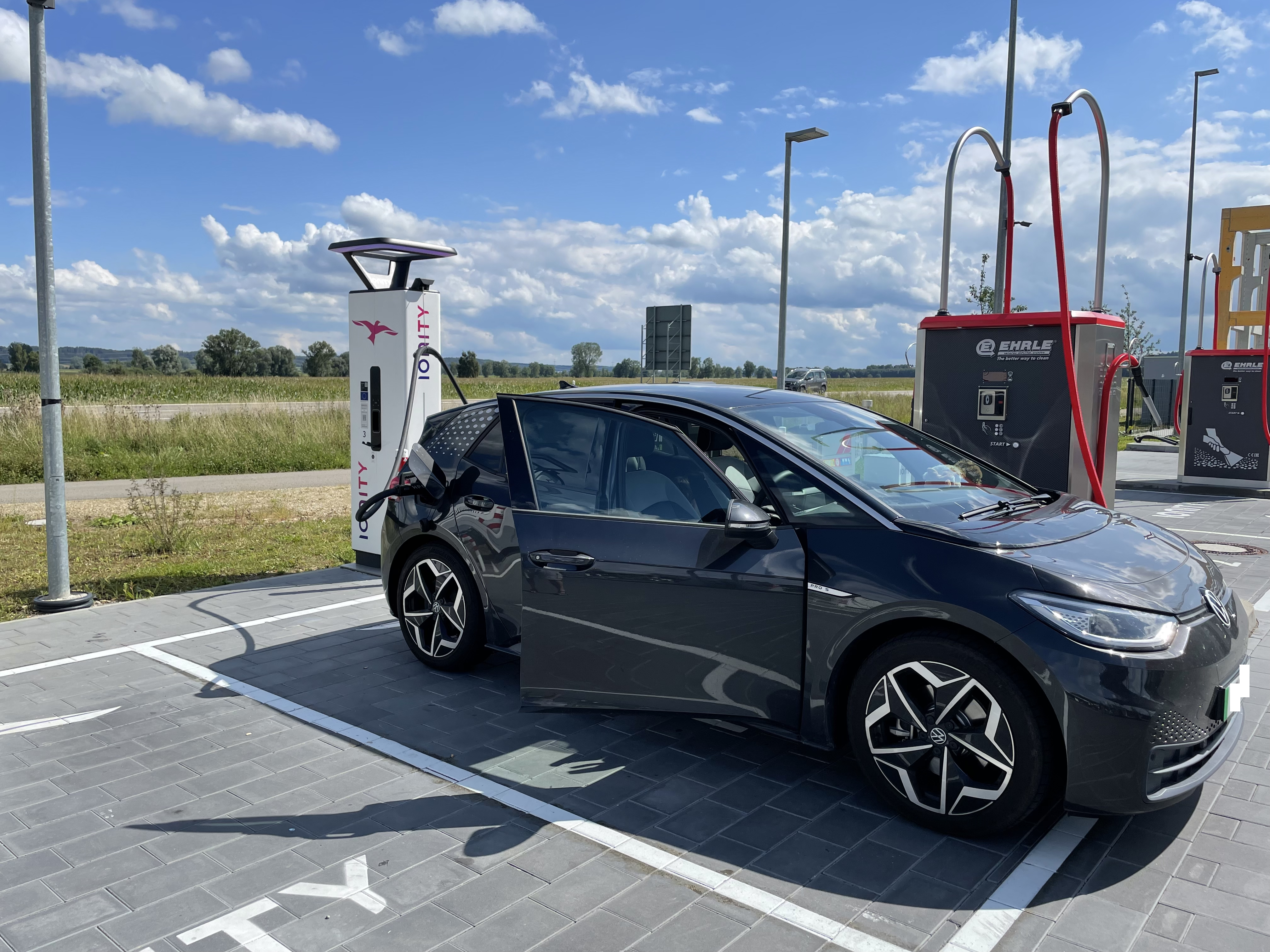 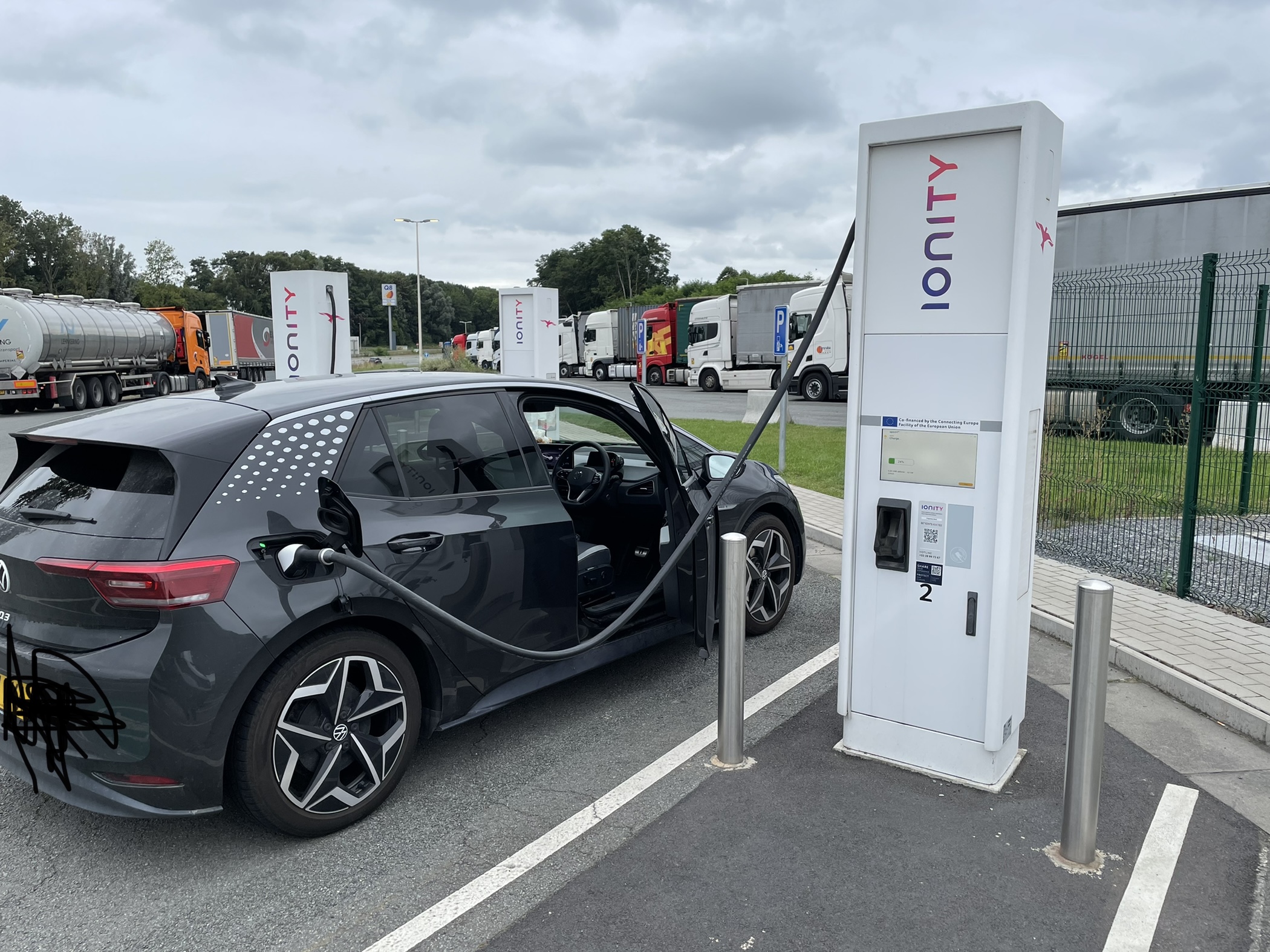 Nice enjoyable write up.. Thanks. If we can just get the Pet situation back on track I might consider a trip to the Black Forest next year. It was so easy with the Pet passport system.
Family Pro: East Derry Wheels: Moonstone Grey - Software 2.1
Zappi Charger with Solar Edge 6kW PV array.
Android Connect ID App
Top

Amazing experience thanks for posting.
Top

Our Volkswagen ID.3 Forums are free to join and open to all.